John Greenfield received a B.A. from Vanderbilt University. After serving four years in the United States Marine Corps, he attended the University of Georgia School of Law, where he was tied for first in his class academically and was a member of the editorial board of the Georgia Law Review. He received his J.D. cum laude, and has practiced law in Atlanta, Georgia since that time. He is admitted to practice in all trial and appellate courts in Georgia, as well as the United States Court of Appeals for the Eleventh and Fifth Circuits and the United States Supreme Court.

Mr. Greenfield has served as Chairman of the Litigation Section and Chairman of the Continuing Legal Education Committee of the Atlanta Bar Association. His articles have appeared in professional publications including the Architectural Record. He has spoken to numerous professional groups concerning legal issues. He has also served on the Board of Directors of the DeKalb County Library System, and as Chairman of the Dunwoody Civic Association. He is general counsel to the Consulting Engineers Council of Georgia. 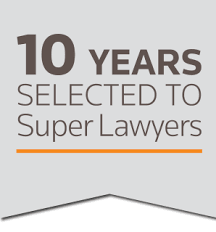